Today I had a really wonderful reading and healing with a returning client, Alex. In our last session we had an incredible realization that we had both encountered the same creature, or at least family members from the same species.

One time, about 4 years ago, I walked into my room and perceived a creature sitting on my bed, waiting expectantly.

A few weeks before I had a breakthrough in my spiritual development. I had my first conversation with ethereal beings. It was like throwing a door wide open, and suddenly I was receiving a lot of visitors.

This was during a golden time of my spiritual awakening, before anything was scary or too much. I took every little thing as an experience to learn from and just went with it.

I typically don’t physically see them, I have before but it isn’t my norm. When a creature visits me I feel this odd sensation of my brain zeroing in on something. It’s like the sides of my mind stretch forward, similar to a sucking feeling, and a pressure builds in my forehead. I tend to see a waver in the air, a small glimmer, and the details of the being form in my mind’s eye.

This creature had two eyes, green-gray skin, a bald head and stood between a foot and a half to two feet tall. He reminded me slightly of the house elf from Harry Potter, but more like a cousin to the species.

His legs dangled off the side of my bed and he seemed at ease but not cozy. Like he was waiting for something.

I said hello and asked if there was anything I could help with.

Every non-physical being seems to have their own way of communicating. Some are still figuring out effective measures.

When he spoke, it felt like he was carving the words into my brain. It was literally as if they were taking a stick and writing the words like drawing in mud onto my mind. It wasn’t painful, but it wasn’t pleasant either. 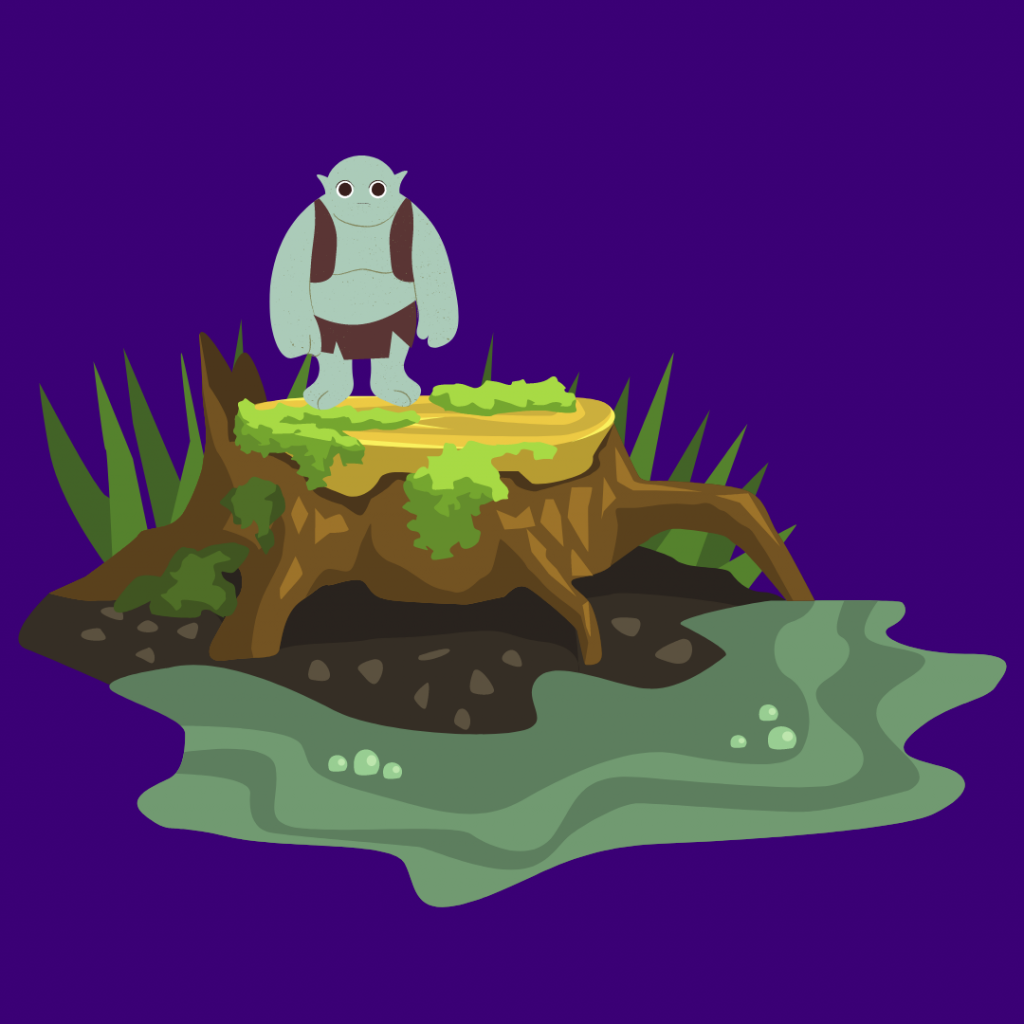 He told me he felt the surge of energy from my awakening and heard that I was able to perceive creatures like him. He wanted to see if it was true.

I can’t for the life of me remember how that conversation ended, the next thing I remember is telling my friend about it later when I went back into the living room.

Later on I asked one of my spirit guides about the creature and his response was something along the lines of “Oh you saw Murk? Yeah he’s just a swamp creature. They’re incredibly smart but have absolutely no desire to be involved with people’s lives and have basically no interpersonal skills.”

A couple of months ago I had my first session with Alex, who halfway through shared the mystical encounters he had in this life. Most were as a child, but one happened as an adult when he was 23 and living in Japan, I believe he’s in his 30s now.

He lived in a studio apartment next to a forest. One day he biked home from work. He felt relaxed, stress-free, and stated that he had no drugs whatsoever in his system.

When he got inside he saw a foot tall creature facing the sliding glass door.

“My brain goes on autopilot, I walk up to it, it never looked at me. It was like this little bald creature – I sound like a crazy person.”

“No you don’t actually.” I replied, all I could think was ‘holy shiz-nips is that Murk?!’

“I looked at him, and he never looked at me and I asked ‘do you want to go outside?’ Right when I said that he started walking to the sliding glass door, I opened it, he jumped out and walked into the forest.”

When I told him I had seen something similar and described my experience, he was blown away. He said he would describe the creature to people as a little mud skipper.

He had been looking for meaning in this experience for years now. 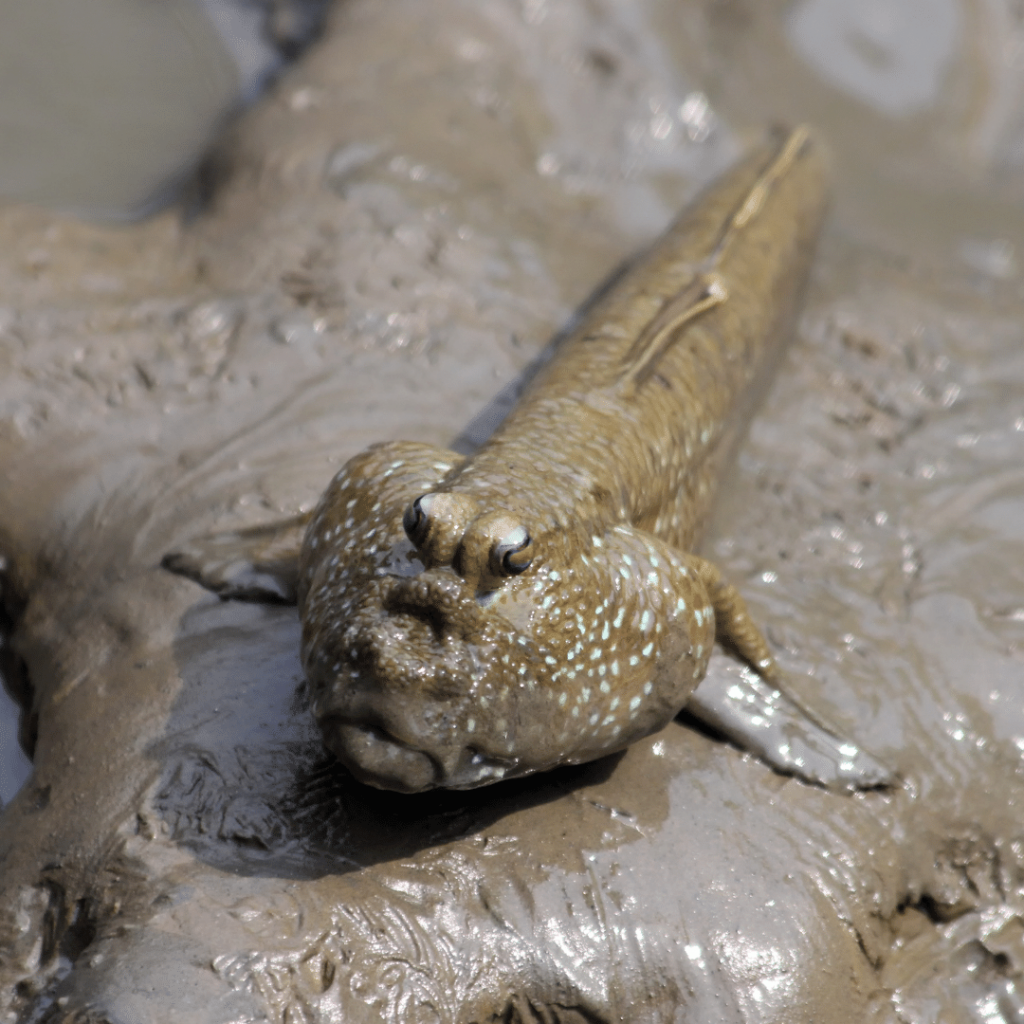 I explained to him how these energetic creatures live on a plane that is usually very difficult to perceive. But there are times when their energy becomes dense enough, and we become aligned enough, to interact effectively with one another. These experiences can be enhanced, or brought on more strongly, during certain astrological events, on intersecting ley lines or within certain sections of the Earth grid.

These moments aren’t ones you can plan or seek. They happen so organically that you usually don’t really process what’s going on until they’re almost over.

In today’s session Murk was briefly mentioned, and we talked about how wonderful it is to find someone who has seen or experienced something similar to what you have.

Alex spoke on how important it is to talk about the taboo stuff. He made an excellent and validating point. My guides had taught me the same thing, how we’re all a puzzle piece and if we can communicate and be open and honest with one another we can begin putting the pieces together.

So many of us experience incredible and funny things in the world, but we fear sharing them. This society has a really deep wound against being prosecuted and deemed insane for experiencing something out of the social norm. Clarity and connection comes when we share our perspective.

If we all can have the courage to speak up, then we can begin to understand. We can learn from one other and see that we aren’t so alone in our oddness after all.

Much love to you all,